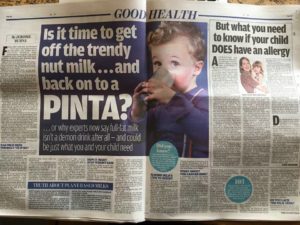 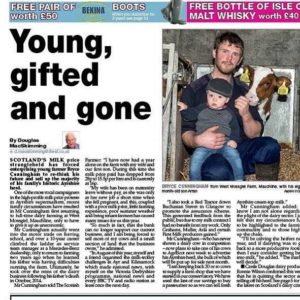 ‘Non-standardised’ basically means that no Cream has been skimmed off the top of the Milk. Or, to put it another way, all the natural goodness that the Cows produce has been left in.

Why would cream be removed from Milk? Well, Cream is valuable; it is always more expensive than Milk. This is because Cream makes up only a small percentage of Milk.

The ‘Standard’ percentage of Cream that must be present for Milk to legally be called ‘Whole Milk’ in the UK is 3.6%. Ayrshire Cows produce Milk that contains between 4.5% and 4.9% Cream. This varies with the season: more in Summer when the cows are in the Pasture and less in Winter when the Cows are in the Byre eating Silage. Removing this seasonal variation was actualy given as an argument for standardisation. In actuality though, it was purely for the convenience of the industry rather than the consumer. For one thing, labels detailing fat percentage need not be changed if the fat percentage remains constant. We think that removing this seasonality is a bad thing in principle, further disconnecting the consumer and producer.

By standardising Milk, Big Dairy get to sell you the same thing twice, even skimming off the top of blue-top ‘whole’ milk. Standardisation is also why red-top ‘skimmed’ milk exists in the first place – they get to remove all but 0.5% of the Cream! No-one asked for Milk to be less healthy, less tasty and more like chalky water, but under the myth of ‘fat is bad’ the concept was pushed on an unsuspecting public. All fats are not the same. It turns out that the healthiest type of Milk is Whole Milk. This is in part because their are some Vitamins that are non-water-soluble and can only be absorbed by the body when dissolved in fat. Vitamins A, C, E and K all fall under this heading.

Non-standardised Milk, like our Gold Standard Milk and our Whole Milk, contains all the Cream that our Cows produce, just as nature intended.

Pasteurisation is the process of heating Milk to destroy any harmful bacteria that may be present before bottling / packaging takes place. In Scotland, it is illegal to sell Milk to the general public that has not been pasteurised. The only way that a Farm can sell raw milk in Scotland is if they are selling it to a commercial operation that is in possession of the relevant HACCP certification that will pasteurise the Milk themselves as part of their production processes. Ice-cream makers, for example, pastuerise Milk as part of their production process, as do yoghurt-makers. Batch-pasteurised Milk means that the Milk has been heated at lower temperature (68°) for a longer time (5 mins) to retain the most Organic flavour and so as not to destroy any proteins. Batch pasteurisation is so-called because the Milk is processed in batches. At Mossgiel this means 900L at a time being heated by one of our two pasteurisers which work in tandem, shuttling heat back and forth between them throughout the day in a very heat efficient manner.

The conventional method of pasteurisation – ‘continuous-flow pasteurisation’ – heats the Milk to a much higher temperature for a shorter period of time. This destroys a protein called lactoferrin. It also affects the taste of the Milk. Pasteurisation is not a process that adds anything to the Milk, rather it is a process that takes things away. If it is done correctly then all it takes away is any bad bacteria that may be there. If it is done incorrectly, it can also take away some of the goodness of the milk and also some of its lovely taste. Continuous flow pasteurisation is one of these things that has happened due to the production of food becoming ever more industrialised. A change that was introduced in the name of ease for the producers rather than benefit for the consumers.

Changing back to smaller scale production has health and taste benefits in this instance. It is one of these cases where the old-fashioned way of doing things is better than what has been used more recently.

What is the difference between ‘Pasture Fed’ and ‘Grass Fed’?

The marvellous Cows at Mossgiel Organic Farm are Pasture Fed 🙂 Of course they are! Just as nature intended. This diet makes for tastier Milk from the Cows (and also tastier Rosé Veal from the year-old bullocks).

Pasture-fed also means GM-free. Cows that only eat grass do not therefore eat any other type of animal feed. There are more than one million tonnes of GM animal feed imported into the UK each year; genetically modified soya beans and the like. Despite it being illegal for GM crops to be grown in the UK, there is no requirement for farmers who use GM animal feed to declare this on the packaging further down the supply chain. The only way for you to be absolutely sure that now GM food has passed your lips is to buy Organic. The Organic regulations specifically prohibit the use of GM animal feed as well as the production of GM crops.

Another consequence of feeding Cows the diet that nature intended for them is that they are much calmer and more chilled out. One of the things that doesn’t happen at Mossgiel Farm is the practice of de-horning the Cows. This is actually something that we are actively campaigning to stop. Some Farmers have remarked to not take the horns of the Cattle is irresponsible and dangerous, putting our workers in harms way. It turns out though that Cattle are much less worked up if they are not full of cereals! Think of giving a toddler a Mars bar – same idea. This means that it is quite possible to manage a herd of Cows with horns safely and humanely. 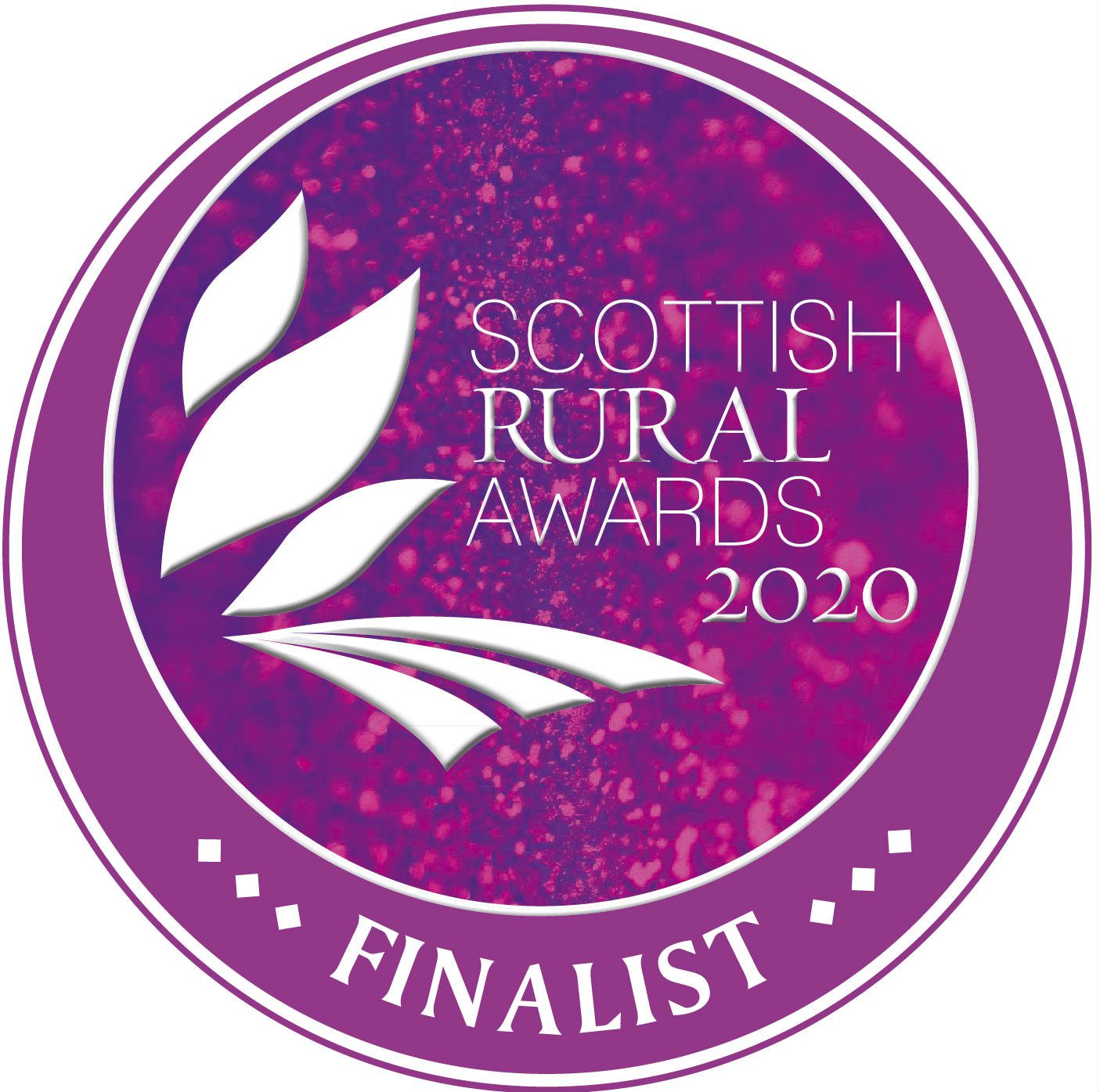 We were unbelievably grateful and delighted to be in the running for the Scottish Rural Awards 2020 and are even more excited to be in the finals! It is fantastic that Organic Dairy Farming is once again in the spotlight and it is great that all our campaigning is being recognised.

It has been a busy time since last awards night – never a dull moment! We’ve expanded the team and even built a new Dairy to cope with the increased demand. Onwards and upwards!

Last year we won the Agriculture Award, so fingers crossed for April. The night is set to be compèred by the one and only Jim Smith, so it should be a good laugh in any case! There is also word that there may be some whisky on the tables: that would have pleased a certain former tenant of Mossgiel…

O Whisky! soul o’ plays and pranks!
Accept a bardie’s gratfu’ thanks!
When wanting thee, what tuneless cranks
Are my poor verses!
Thou comes-they rattle in their ranks,
At ither’s a-s!

You can see the full list of awards and finalists here.