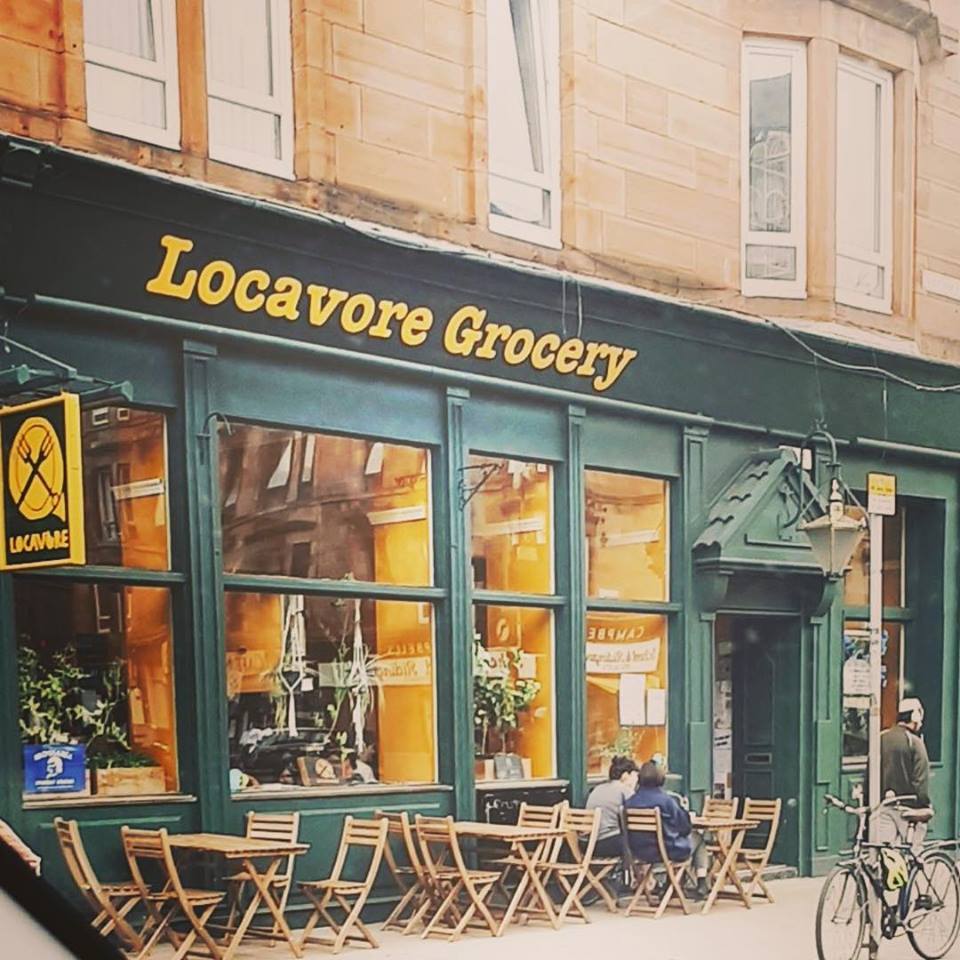 Locavore, on the corner of Victoria Road and Calder Street on Glasgow’s South Side, is a wonderful place to go for all things Organic and Sustainable. They are one of Mossgiel’s biggest supporters, having a Milk Dispensing Machine, using our Milk in their ethically-sourced coffee and supplying pint bottles via their Veg-Box service! This means that if you live in Glasgow within range of this service, you can have Mossgiel Organic Milk delivered to your door along with your Organic Veg – sorted!

The Grocery contains hundreds of different types of Organically grown and ethically sourced produce adhering to the philosophy of keeping things as local as possible. To this end, Locavore even grow their own Organic Veg within the City – how’s that for keeping food miles to a minimum?!

Locavore have exactly the same outlook as ourselves when it comes to packaging – it’s better to re-use than to re-cycle! They have LOADS of dispensers in-store for things as diverse as flour and washing up liquid for you to bring your own containers along and re-fill. So why don’t you take a wee trip down to see them, buy a bottle from them and fill it with delicious Organic Milk? Then you can say good-bye forever to those awful plastic jugs you get in super-markets while you are enjoying the taste of proper, old-fashioned Milk (rather than the watered-down white water that you tend to find in the plastic milk jugs!). 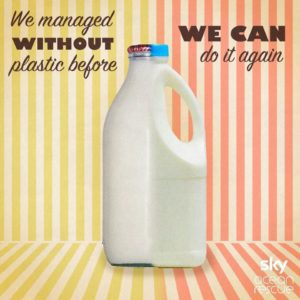 While you’re at it, you might want to have a wee slice of their cake to celebrate taking the decision to eliminate an on-going source of plastic waste from your life. Such decisions are the only way that plastic problem is ever going to get sorted, so we would say that you definitely deserve it! And their cake is awfully good… 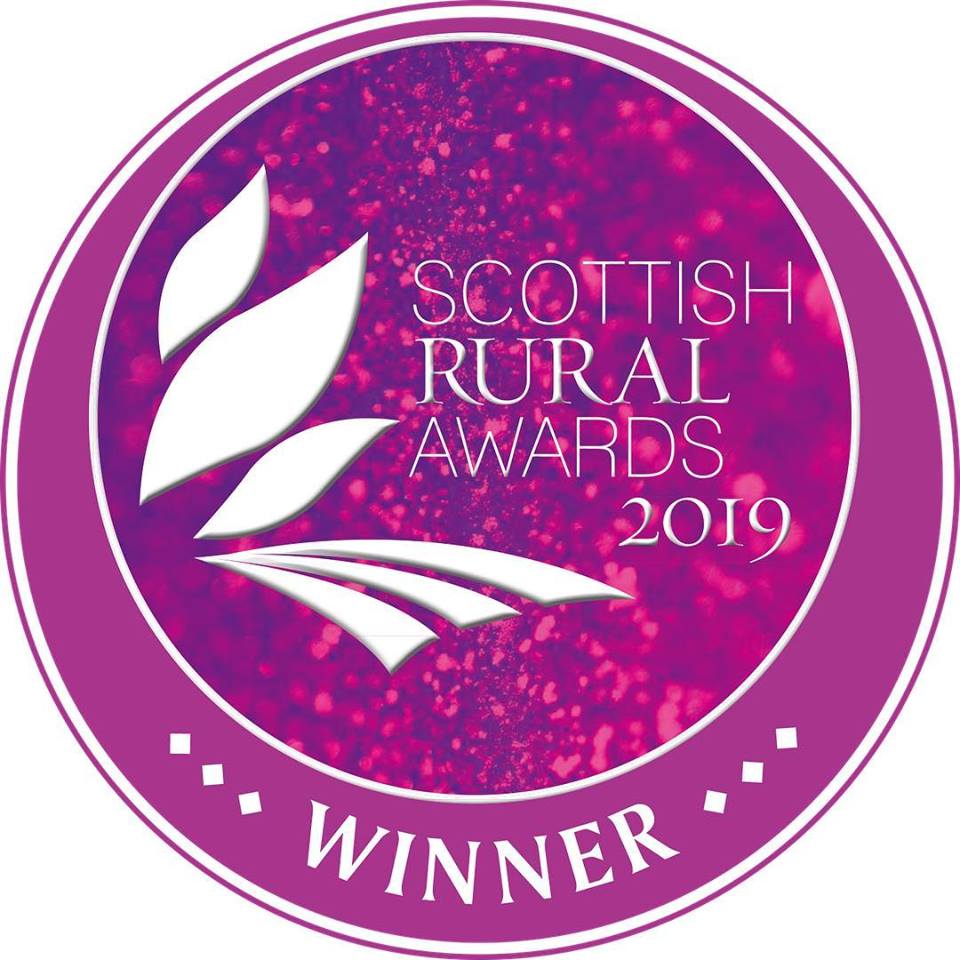 We were delighted to receive the award for the Agriculture Section of the Scottish Rural Awards 2019.

We don’t do what we do, making the tastiest organic milk around, to win awards – but it’s always nice when we do! It is also good that the Scottish Rural Awards decided to make their Agriculture Winner an Organic Dairy Farm.

You can see a full list of all the other awesome winners here. 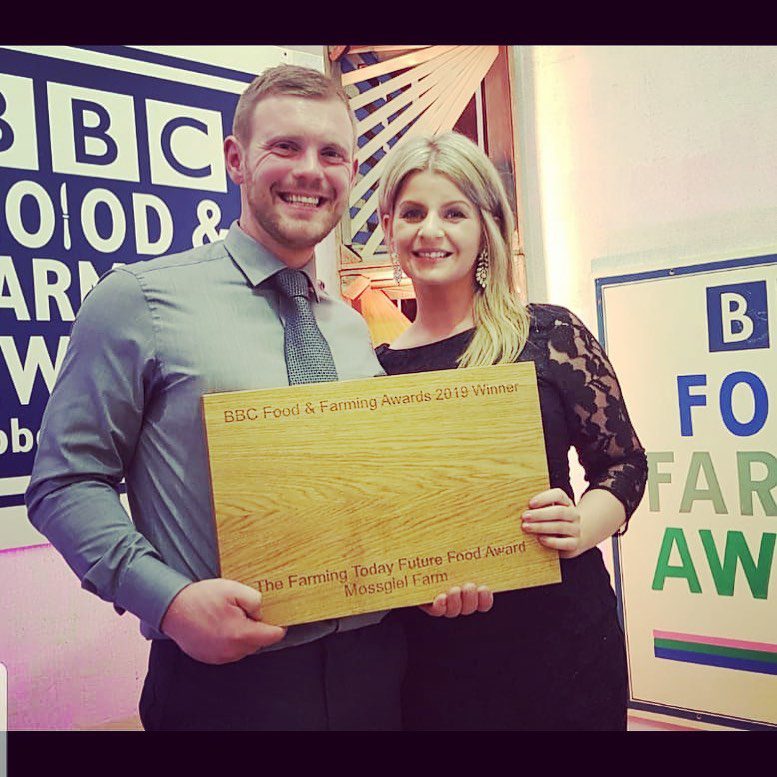 Thank you ALL!! What an incredible feeling to be part of a change in Scottish Dairy driven by YOUR support and belief in our vision of dairy.

Winning this award means so much to us and could not have achieved it without you – it’s not why we do what we do, but to be recognised for doing something we love is just the cream on the top ? 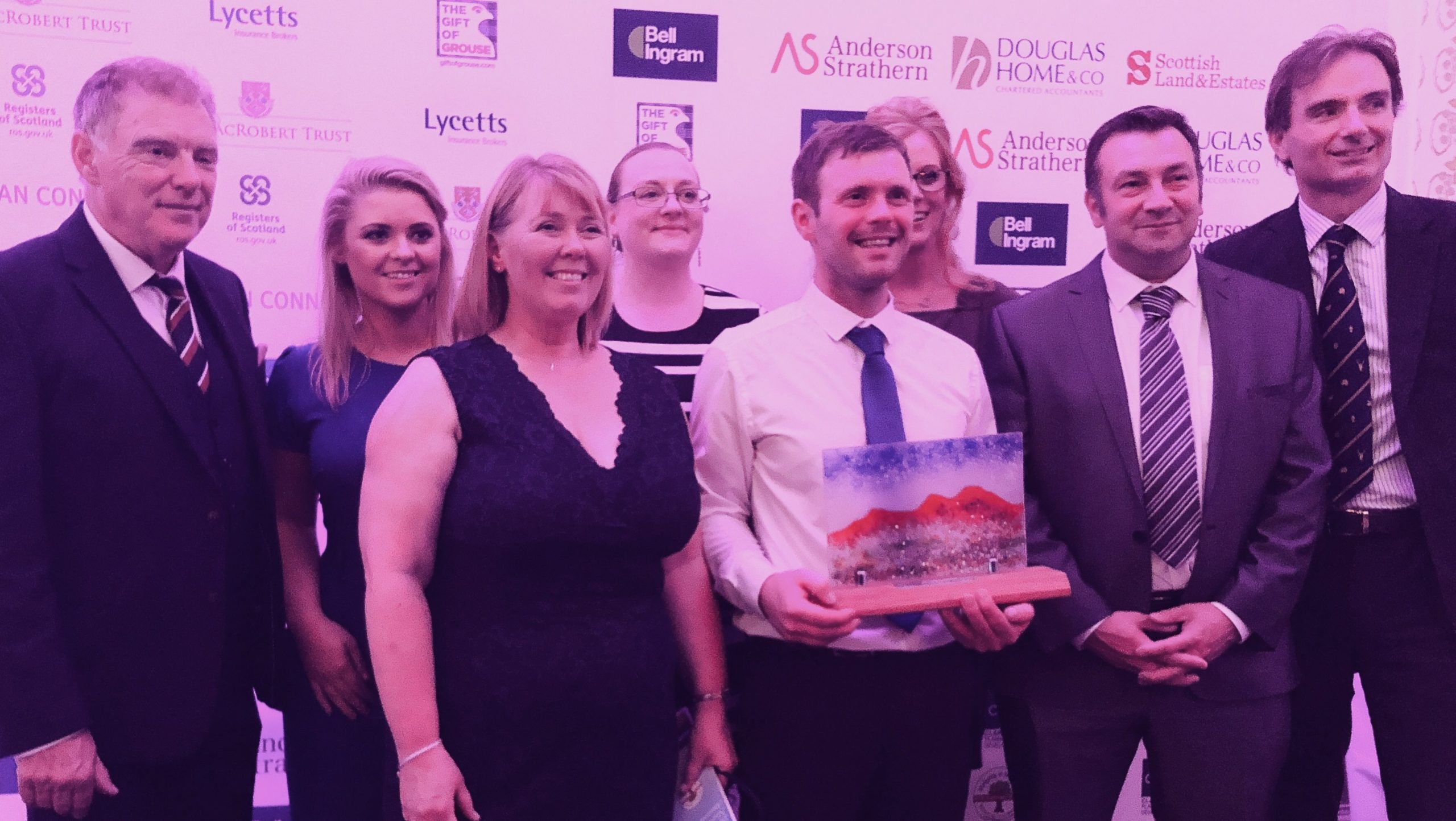 In 2018 we were recognised for becoming an Organic farm against all the odds and working towards our Single-Use Plastic free future by Crowdfunding £10,000 to buy our first batch of bottles.

We couldn’t believe it when the ‘Mossgiel’ team were announced as the winners!!!

And you thought it was just a pint of Milk!

Take the M77 and travel south as far as Kilmarnock. Leave the M77 at the Bellfield roundabout, signposted Dumfries A76.

Travelling along the A76, heading away from Kilmarnock and towards Dumfries, you will come to Mauchline. Just after you enter Mauchline you will see the Burns Monument on your right hand side. Turn right at the monument – it’s a hairpin bend. Travel down this road for about half a mile and you will arrive at the Farm on your right. You’ll pass the Farmhouse for East Mossgiel first: keep going. The next entrance on your right will be clearly marked with Mossgiel Organic Milk blue signs.

You can also use the map below to help you find us.

ONE farmer has come up with a clever way of combating a drop in milk prices to prolong his third generation family business.

The cream is set to rise to the top at West Mossgiel Farm – literally.

Now, on the lands once worked by Robert Burns, a young farmer is launching a radical bid to secure a future in dairy farming – and is causing a milk shake-up.

Faced with paltry milk prices, farmer Bryce Cunningham, 29, was staring down the barrel of being forced to quit his family farm after three generations.

But after selling off most of his dairy cows, dad-of-one Bryce has transformed his farm into an artisan micro milk business – where quality comes before quantity.

Customers are set to beat a path to the farm’s shop in Tarbolton Road, Mauchline, where they will soon be able to buy creamy fresh milk, processed on site.

Bryce, supported by his nurse wife Amy, says the proof will be in the tasting, and pegs his “Mossgiel Milk” as an alternative to mass produced brands.

Importantly, Mossgiel Milk is not homogenised, meaning the cream will settle at the top of the bottle – something many younger customers will never have tasted.

He said: “When I took over the farm in October the costs were higher than the profits.

“It’s about maximising the quality of the milk, and because it’s from Ayrshire dairy cows, the quality is already high.

“If you don’t do something like this, what do you do?”

Now Bryce hopes his pasteurisation plant will secure a bright future on the 200 acres for 10-month-old son Arron.

And while his focus is on the future, Bryce’s links to the past – and our famous ploughman poet – are uncanny.

Both Bryce and Burns worked neighbouring West and East Mossgiel farms respectively – and Bryce will soon take over part of East Mossgiel too.

And both were in their twenties when their fathers passed away leaving them in charge of Ayrshire dairy cows.

In Burns’ time, the breed was known as the Cunningham Cow – matching Bryce’s surname.

Currently Bryce leases his farm from landlord Hagart Alexander, whose family were Burns’ landlord too.

And, perhaps most importantly, they are both forward thinking trailblazers.

The family have already opened a farm shop which boasts a host of fine fayre.

And with future plans including educational farm tours for school kids, watch this space as we bring you more from West Mossgiel Farm.

Faced with the prospect of having to sell his family farm after three generations because of plummeting milk prices, dairy farmer Bryce Cunningham launched an artisan “micro milk” business.

Milk from native Ayrshire cows at West Mossgiel Farm, near Mauchline, 30 miles south of Glasgow, is now supplied to 21 cafés and shops around the city, in Ayrshire and Berwick-upon-Tweed.

In June, Ayrshire Farms also began the two-year process to become organic: farming without synthetic fertilisers, pesticides or chemical sprays, and processing the milk as little as possible.

“We batch-pasteurise and then bottle directly from the pasteuriser to ensure the fullest count of taste is retained,” he says. “As we do not standardise or homogenise the milk, the phenomenon of the ‘cream top’ remains – something that has been missing from milk for so long.”

Café and restaurant owners have also been impressed by the quality. “So many people notice the taste difference straight away – it almost floors people, with messages coming on our Facebook page weekly after people try it for the first time,” says Mr Cunningham.

“We were approached by McCune Smith, an ethically sourcing café in Glasgow, before we even launched Mossgiel Milk, asking if we could supply them. They discovered the milk works excellently in coffee and has a unique ability to froth. “We also received the same feedback from other cafés, and some coffee roasters are getting involved.”

Mossgiel Milk also has a farm shop selling “only Ayrshire produce”, and produce from businesses where the owners have a hands-on approach. “The disconnect between town and country is something I feel passionately about,” says Mr Cunningham.

“One day, I dropped off milk to a café we supply and a customer couldn’t believe a farmer was there.”