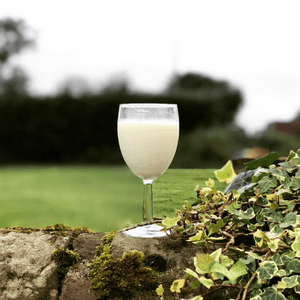 Pasteurisation is the process of heating Milk to destroy any harmful bacteria that may be present before bottling / packaging takes place. In Scotland, it is illegal to sell Milk to the general public that has not been pasteurised. The only way that a Farm can sell raw milk in Scotland is if they are selling it to a commercial operation that is in possession of the relevant HACCP certification that will pasteurise the Milk themselves as part of their production processes. Ice-cream makers, for example, pastuerise Milk as part of their production process, as do yoghurt-makers. Batch-pasteurised Milk means that the Milk has been heated at lower temperature (68°) for a longer time (5 mins) to retain the most Organic flavour and so as not to destroy any proteins. Batch pasteurisation is so-called because the Milk is processed in batches. At Mossgiel this means 900L at a time being heated by one of our two pasteurisers which work in tandem, shuttling heat back and forth between them throughout the day in a very heat-efficient manner.

The conventional method of pasteurisation – ‘continuous-flow pasteurisation’ – heats the Milk to a much higher temperature for a shorter period of time. This destroys a protein called lactoferrin. It also affects the taste of the Milk. Pasteurisation is not a process that adds anything to the Milk, rather it is a process that takes things away. If it is done correctly then all it takes away is any bad bacteria that may be there. If it is done incorrectly, it can also take away some of the goodness of the milk and also some of its lovely taste. Continuous flow pasteurisation is one of these things that has happened due to the production of food becoming ever more industrialised. A change that was introduced in the name of ease for the producers rather than benefit for the consumers.

Changing back to smaller scale production has health and taste benefits in this instance. It is one of these cases where the old-fashioned way of doing things is better than what has been used more recently.