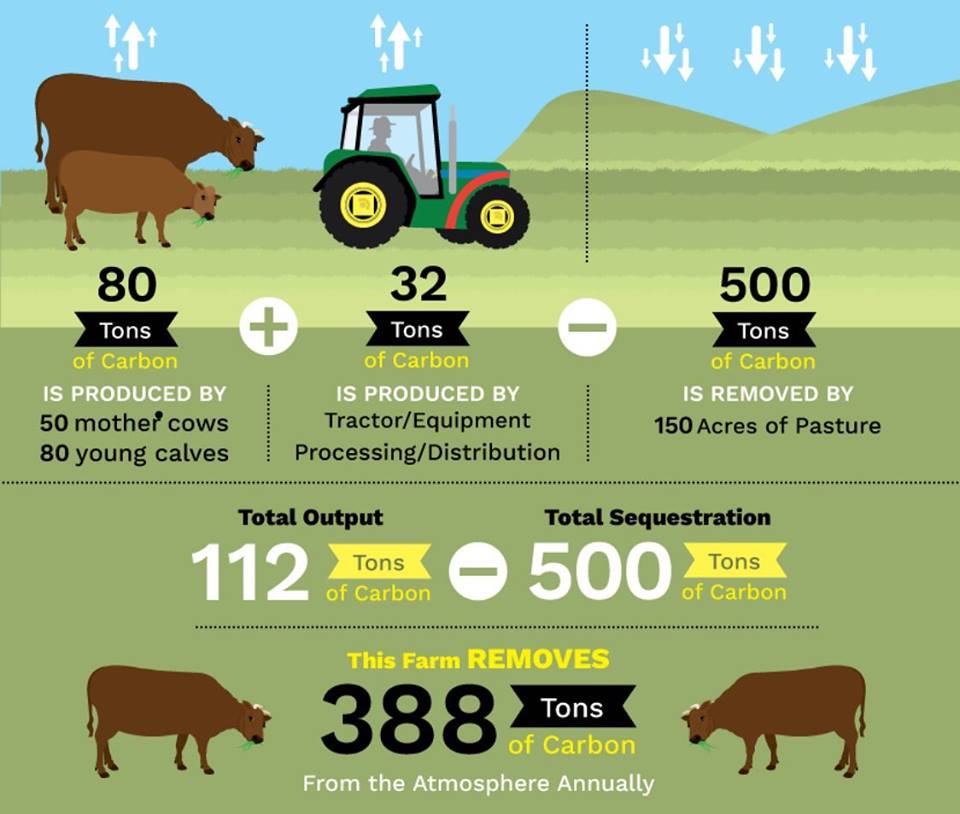 Carbon Capture – or “Carbon Sequestration” – is the process by which CO2 is removed from the atmosphere. The impact of organic dairy farming on CO2 levels might not be as you have been led to believe in the press!

At Mossgiel Organic Farm, the sum total of these processes is that we are actually carbon positive to the tune of 388 TONS per YEAR!

So, how does it work, then?

Mossgiel Organic Farm operates a “no-till policy”. This means that the ground is not ploughed. This means that the mycelium in the soil is not disturbed and destroyed. Mycelium is a type of fungus that grows in the ground on roots and has very many benefits to plant health if it is allowed to thrive. It also grows to become a vast network if left undisturbed by the blade of a plough. Fun fact: the biggest recorded living organism in the world is a Mycelium mat in N America which covers some 2,200 ACRES. When the fungal health of the soil is attended to in this way, pasture becomes a carbon sink. That is, it captures carbon from the atmosphere and locks it away in the ground.

It’s nice to know that when you are enjoying your tasty, locally-sourced, healthy, organic milk, in its re-usable packaging, you are also helping with carbon sequestration and its positive effect on global warming. 🙂